WE ARE OPEN!
More information is available on the Covid-19 Update page. 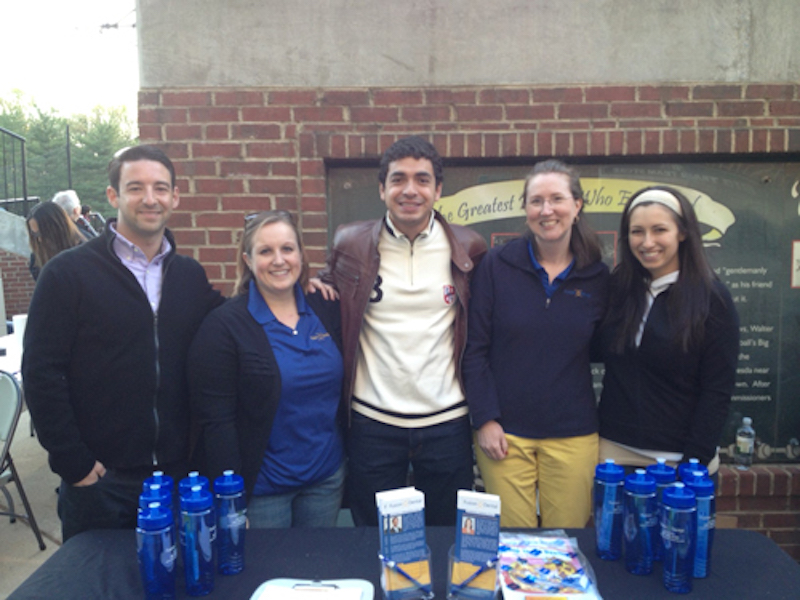 Societies have long recognized the importance of youth sports to the development of character and citizenship. So when Fusion Dental – Bethesda had the opportunity to get involved in a community event that would impact youth sports, we jumped right in. Fusion Dental is committed to community involvement, and we were excited to participate in a new event: the second annual Big Train Celebrity Softball Classic with proceeds going to improve youth ball fields in our area.

As a sponsor of the event, staff from Fusion Dental’s Bethesda office mingled with the crowd of over 1,400 fans on Saturday April 20th. The sold-out crowd came to watch a team of college and professional players vie against members of the media who cover them. The Athletes vs. The Media battled it out on Shirley Povich Field, with the Athletes winning 10-3. The Athletes were led by MVP Byron Mouton (Maryland Terrapins Basketball) who had two doubles in the game.

Representatives from the Washington Redskins, Washington Post, CBS, NBC, Fox, Comcast SportsNet and 106.7 The Fan participated. In addition to myself, Dr. Christine Sullivan, along with Office Manager Jaime Byerly, and staff members Hannah Menapace and Sergio Soria, distributed over two hundred toothbrushes and gave dental advice to the crowd from our booth.

The Big Train non-profit organization and summer baseball league is named after local baseball legend Walter Johnson who played for the Washington Senators from 1907 to 1927. He is one of the “Five Immortals” – selected as one of the first to be inducted into the Baseball Hall of Fame. Through funds raised by The Big Train, the Shirley Povich Ball Field was built and named for the famous Washington Post sports writer. Povich covered local baseball starting with the days of Walter Johnson and running through the Cal Ripken era.

Our office has been involved with numerous community outreach events in the past year. We are always looking for new opportunities to educate families about the importance of dental health to overall health, and reach children when they are young about the importance of good oral health care. We hope that the kids, parents, athletes and members of the media all remember to use those toothbrushes!

Learn more
WHAT OUR PATIENTS ARE SAYING
“I received a root canal today. I was a little nervous because I didn’t know what to expect. She was very professional and explained the procedure. I felt minimal discomfort. Dr. Winberg and Lori were “AWESOME “. Fusion Dental is ...”
LaShawn
Read more testimonials
Emergency Care

Learn more
SIGN UP FOR NEWS, EVENTS, AND SPECIAL OFFERS
Request an Appointment
This form should not be used for dental emergencies, canceling appointments, billing questions or treatment questions.
Online Scheduling Disclaimer
Continue

Please note that you will now be redirected to a secure and safe payment platform, mySecureBill, managed by our payment partner RevSpring. For any questions, please refer to our FAQs. After payment, please allow 2 to 3 business days for processing. Thank you!